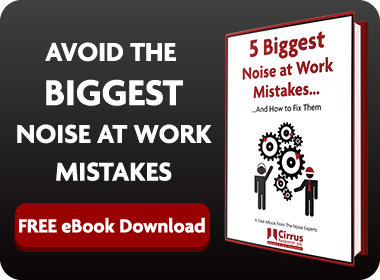 Noise at Work? We've Got You Covered

Everything You Need to Meet the Noise At Work Regulations

Occupational noise is one of the most overlooked risks in the workplace. Ignoring this hazard can result in fines or prosecution from the Health & Safety Executive. You are also open to action from Personal Injury Lawyers seeking compensation for Industrial Deafness Claims.

Why? Exposure to excessive noise levels can cause noise-induced hearing loss or tinnitus. Hearing damage is irreversible, so it is vital to ensure you are protecting your employees and your business.

How to Protect Your Business

You must carry out regular Noise Risk Assessments and take action to reduce excessive noise exposure.

Cirrus Research is here to help you every step of the way, from choosing the right sound level meter or noise dosimeter to providing ongoing UK training and support. All of our noise measurement equipment complies with the Noise At Work Regulations, ensuring you are taking accurate measurements.

Getting Started: Choose Our Recommended Instruments for Noise At Work 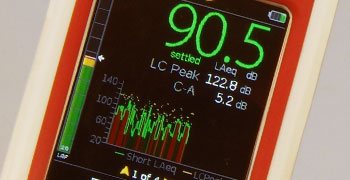 The perfect sound level meter for measuring noise at work. It's easy to use and measures everything you need simultaneously (LAeq, LCPeak, C-A and LEP,d) 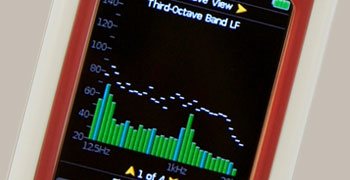 The CR:162C offers all the functions of the CR:162B, as well as the ability to measure 1:1 octave bands for more detailed noise analysis in your workplace. 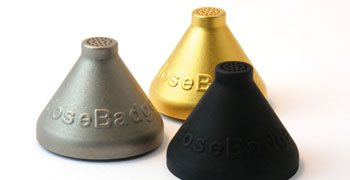 Lightweight. Robust. Easy to use. The doseBadge is ideal for making non-intrusive measurements of occupational noise on the go and in any environment. 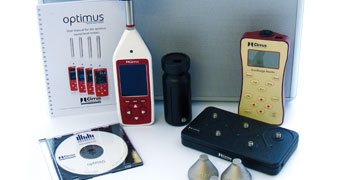 The complete noise measurement solution for any Safety Officer. This kit combines the Optimus Sound Level Meter with up to 5 doseBadge noise dosimeters.

What do you need to measure to meet the Noise at Work Regulations?

The statement from the 2005 Control of Noise at Work Regulations is:

When making measurements to estimate the noise exposure of a person at work, you need to ascertain the equivalent continuous A-weighted sound pressure level (LAeq) that represents the noise the person is exposed to during the working day. You also need to ascertain the maximum C-weighted peak sound pressure level or levels to which the person is exposed.

What does this mean?

Your Sound Level Meter or Noise Dosimeter should able to measure and display:

With these two measurements for each different activity to be assessed, you can calculate the LEP,d and where required the LEP,w values.

If you will need to provide PPE or hearing protection, you may also need to record additional values such as the C-weighted Leq (LCeq) or the Leq of the noise in Octave Bands.

This information can be used to assess the effectiveness of hearing protection. The optimus red sound level meters can provide these functions in addition to the LAeq and C-weighted peak values.

Here's the actual text from the Directive:

Noise at Work Directive 2003/10/EC is officially known as the "Directive 2003/10/EC of the European Parliament and of the Council of 6 February 2003 on the minimum health and safety requirements regarding the exposure of workers to the risks arising from physical agents (noise)".

In the directive, the following limit and action values are defined:

The peak sound pressure (LCpeak) is the maximum value of the 'C'-frequency weighted instantaneous noise pressure.

The Member States are to comply with this Directive before 15 February 2006. However, there may have an additional period of five years from 15 February 2006 with regard to limit values for personnel on board seagoing vessels. And, for the music and entertainment sectors.

Member States have a maximum transitional period of two years from 15 February 2006 (i.e. five years in total) to comply with this Directive, provided that, in the meantime, the levels of protection already achieved are maintained.

What kind of sound level meter or noise dosimeter can I use to meet the Noise at Work Regulations?

The instrument that is ideal for you depends upon which regulations or standards you need to comply with. Here are some suggestions for the main Occupational Noise Regulations.

Guidance on the regulations is published in the Controlling Noise at Work booklet and this states that:

Your sound level meter should be capable of measuring:

You should also have a suitable acoustic calibrator to check the sound level meter before and after making any measurements.

Read the full text of the EU Directive