NoiseNews / Articles / ‘Tis the Season to be Noisy – How Loud is Christmas?

Christmas is traditionally hard on the pocket, but it turns out it some of the most beloved sounds of Christmas can be just as hard on the ears as well.

Here at Cirrus, we’re fully immersing ourselves in the Christmas spirit; we’ve got the decorations up and we’re well into our #CirrusAdvent event, where one of our great customers stands a chance of receiving a gift every working day until Christmas. In order to get a glimpse into the acoustic world of the festive season, we ventured to nearby York armed with an Optimus+ sound level meter, to capture the levels of some of our favourite Yuletide sounds at the seasonal Saint Nicholas Christmas market. Based on our findings, we were able to build up a Christmas list with a difference and show what might be driving families mad over the holiday season. 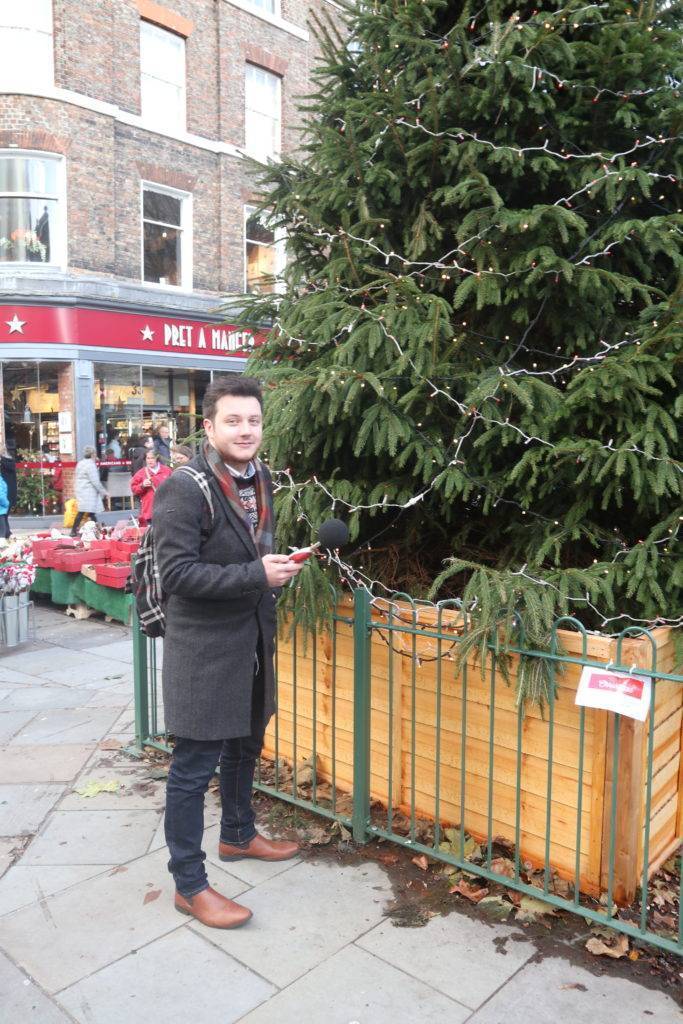 Using an Optimus+ sound level meter to capture the sounds of Christmas.

The top slot, love them or loathe them, went to the singing Santa toy, bellowing out an impressive 90.2dB, well above the legal requirement where noise protection is needed in the workplace, so let’s hope this seasonal singer only comes out of the cupboard for short intervals. Second, came the more traditional sounds of carol singing – a fraction under Santa’s singing at a respectable 90.1dB, so someone was certainly belting out the hits. Thankfully for everyone in the vicinity, I didn’t join in. The final Christmas noise we managed to capture at the Christmas market were the ever-so-festive Jingle bells,  which measured 76.9 dBs. The average ambient level at the Christmas Market was actually a modest 68.38dB, with the maximum level being 87.73dB (and a peak of 103.78dB). So, on the whole, it was perfectly safe to be able to enjoy the atmosphere without having to worry about damaging your ears.

Away from the Christmas market, we also looked at the average level of the usual hubbub of the work Christmas party, which came in at a surprisingly quiet 89.5 dBs – although still well above the legal limit. However, this level is entirely dependent on the party and its guests. I’m sure the Cirrus party could be louder. Christmas table favourites, including the good old cracker and party popper produced bangs at 81.4 and 69.2 dBs respectively.

The singing Santa was head and shoulder above most of the noises we tested but the traditional carol singers did give him a run for his money. The one which surprised us the most was how quiet the works’ Christmas party was, but then again it could well depend on what time of the night you did the testing!

In summary, the top six levels we recorded were:

Other sounds we tested but were well within the legal noise threshold of 80db included champagne corks popping, the Queen’s speech (a previous year obviously) and the unwrapping of gifts.

Although we take noise very seriously here at Cirrus Research, we acknowledge that sound is such an integral part of our lives, especially at Christmas time, So, whatever your plans and whoever you’re planning on spending it with, from everyone at Cirrus, we hope you have a wonderful Christmas time and a happy New Year!