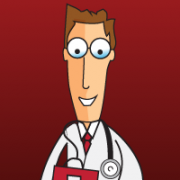 More by The Noise Doctor

Small music venues may be fighting back against a tide of noise nuisance complaints that are forcing many to close across the UK.

Affectionately known as the “toilet circuit”, the network of small music venues across Britain are often credited with nurturing the talent of future singing stars such as Ed Sheeran who cut his teeth on the independent circuit.

The Rise of Noise Nuisance Complaints

But as city centre living became fashionable in the late 90s/early noughties many of these live music venues suddenly acquired neighbours who didn’t take kindly to noisy night outs. Dozens of clubs have already been forced to close across the country following noise abatement orders and then not being able to afford the necessary work to comply.

However, north of the border, a Scottish MSP has now joined forces with local campaigners to try and get a change in the law to protect live music venues. Labour MSP Lewis Macdonald is wanting to see an Agent of Change principle introduced as part of the Scottish Government’s planning bill.

This is designed to ensure live music venues are protected from noise complaints by residents of new housing developments. The Agent of Change principle would instead put the onus for paying such additional costs on the developer who has brought about the change, instead of on the venue itself.

Mr Macdonald presented a letter from campaigners to local government minister Kevin Stewart, urging him to introduce the Agent of Change principle as part of the planning bill announced in the Programme for Government. Agent of Change is already in force in countries such as Canada and Australia.

One of the campaigners Mr Craig Adams, who runs a live music venue in Aberdeen, had to spend £300,000 on soundproofing at the venue, in order to avoid closure. He said: ““When we came here there were six neighbours and now there are 36. We’ve had to upgrade the soundproofing several times over the course of 15 years and had noise abatement notices.”

An e-petition nationally has also garnered more than 30,000 music fans urging the Department for Environment, Food and Rural Affairs (DEFRA) to ensure anyone who buys or rents a property within a set distance of a music venue should sign a waiver giving up the right to complain about noise.

The DEFRA has gone on record in the past to say it believes the current legislation has the right balance between business and residents’ needs, but if small music venues are facing five or even six figure bills to soundproof or face closure then it seems the scales haven’t so much tipped but pretty much fallen over in favour of residential development.

Developers are the ultimate winners in this scenario having developed a prime city centre location and walked away with handsome profits. Surely it seems fair that their good fortune in securing planning permission amid existing live music businesses should also include some financial mitigation for those who may be unduly affected by having new neighbours rather than an empty warehouse next door?

If Scotland change their planning laws, it could pave the way for a sea change in England and Wales and ultimately save a little bit of British backstreet culture.

Latest posts by The Noise Doctor (see all)